Skip to content
June 21, 2017January 22, 2018 Funky Poet
Mind full of chaos. Her identity was so fragile but her spirit determined and strong. She was told it’s just a phase. She was forced to live a lie. Homosexuality doesn’t exist. Saying it wasn’t being in love but instead sick in the head.
The Gender Spectrum is anything but a myth. It is an important part of her life. Finding herself was half the battle, the other half was acceptance. Acceptance towards herself. Acceptance by society. Something so natural was ridiculed and shunned. She was constantly torn apart.
She would keep saying ‘Love is Love’, something most people eventually realized. A colour on the rainbow, a ray of sunshine. So pure and bright. She pulled herself together, knew she had to fight. “Less Hate More Love” was her motto. And in this she took pride. 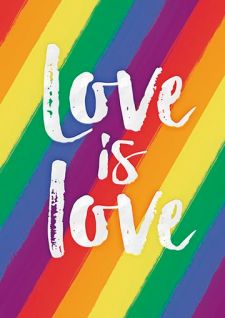