America is the land of Freedom, Liberty and Mass Shootings. According to the Second Amendment of the United States of America’s constitution; ‘A well-regulated Militia, being necessary to the Security of a free state, the right of the people to keep and bear Arms, shall not be infringed.’ Twenty-seven words that gave its citizens the right to own guns, but also established a culture of more deaths by fellow citizens armed with guns. More than in any other high-income nation in the world. 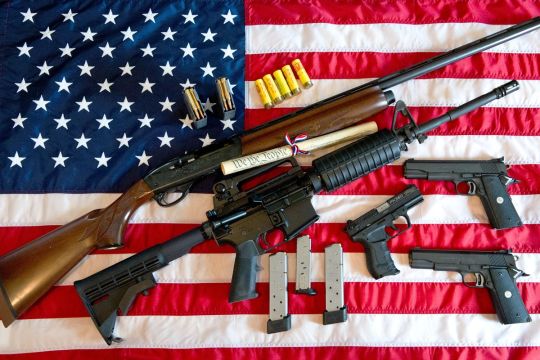 Gun Laws of the United States of America, found in many federal statutes enforced by the Bureau of Alcohol, Tobacco and Explosives (ATF). In addition to this, all the individual U.S. states, including local governments, have laws regulating firearms.  Americans own nearly half (48%) of the estimated 650 M civilian-owned guns worldwide. According to a 2009 National Institute of Justice report, the number of firearms available to American civilians is the largest, estimated at around 310 million. India is home to the second-largest civilian firearm stockpile, estimated at 46 million.

Americans own the most guns per person in the world, about 4 in 10 saying they either own a gun or live in a home with guns, according to a 2017 Pew Centre Study 48% of Americans said they grew up in a house with guns. According to a survey, a majority of 66% of U.S. gun owners own multiple firearms, with nearly three-quarters of gun owners saying they couldn’t imagine not owning one. The U.S. has less than 5% of the world’s population, between 35% to 50% of the world’s civilian-owned guns. Most states have either forbid or adjusted laws surrounding ‘open carry’, the carrying of guns in public. But most have weakened their laws in recent years.

In February 2011, Swiss citizens voted in a referendum calling for a national gun registry, and the public arsenal should be used to store firearms owned by members of the military. Switzerland’s rate of gun ownership is subsequently lower than America’s. According to Gunpolicy.org, the rate in Switzerland is roughly one gun per four people, whereas in the U.S. it’s more than one per person. 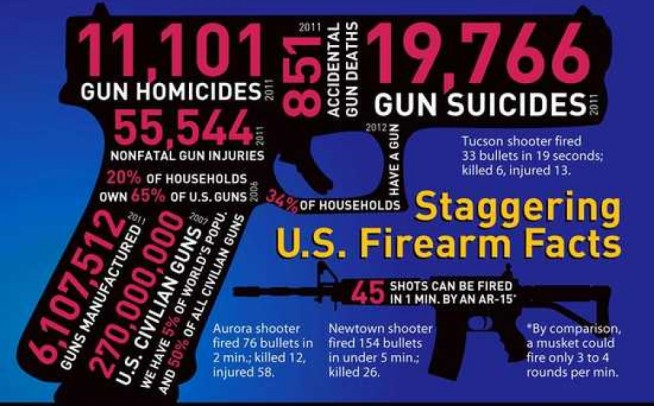 Some states have laid off when it comes to gun restrictions. These include Arizona, Alaska, Wyoming, Kansas, Vermont, Mississippi, South Carolina, and Nevada. According to the Law Centre to Prevent Gun Violence’s 2016 Gun Law State Scorecard, these states (excluding Nevada) have the fewest gun restrictions. Let’s look at what they are. 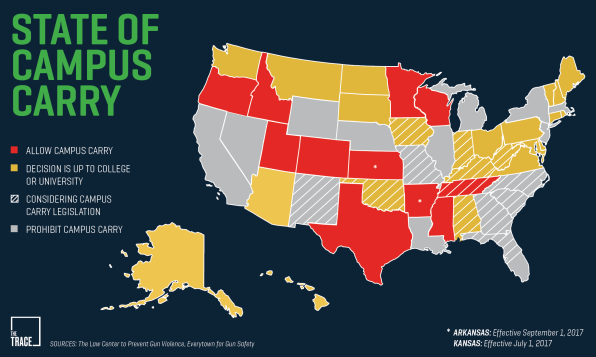 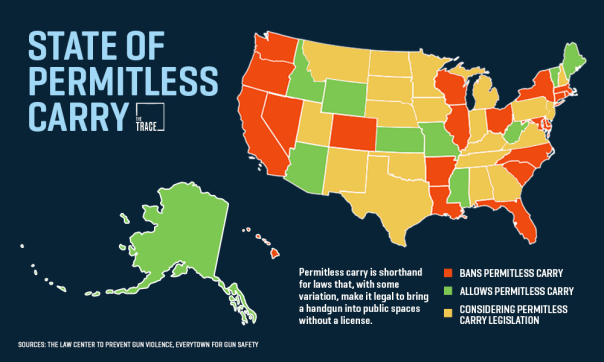 The state of Nevada has some of the most relaxed laws in the country according to the National Rifle Association. Not only do gun owners not need a permit to purchase rifles, shotguns or handguns and they don’t need a licence to obtain or register said weapons. It’s legal to carry while drinking alcohol, up to a blood alcohol concentration of .10 and it’s legal to carry in a restaurant. No permit is needed to carry rifles or shotguns; just handguns, it’s legal to own a machine gun if it complies with federal law. And we wonder why the Las Vegas shooting happened last year.

What does the president have to say about this? Trump has always been a supporter of the Second Amendment and made it part of his election campaign to protect people’s rights to own and carry guns. He has repeated the National Rifle Association’s assertion that the best way to combat a bad guy with a gun is to put more guns in the hands of the good guys. Recently there has been more pressure on Trump to change the gun control laws after the Florida shooting and Trump tweeted saying that he would be strongly pushing to end the sale of bump stocks, which allows faster firing and raise the purchase age to 21. Immediately after this tweet, he was seen lauding the NRA, which opposes both.

People always say America is a land of greatness, but for a while now people only know it as the land of mass shootings and terrible gun control laws. 317 mass shooting took place in 2017 alone. How many more lives must be lost under a strict gun control law to be implemented? How many kids must lose their innocence before there’s an even better system in place? To truly make America great again, it first must be rescued from the grasps of gun violence. Click the links below to find out about gun control laws and help support an important cause.

The Land of Mass Shootings is part 1 of a 3-part series. Stay tuned for the second part; out next week.

2 thoughts on “The Land of Mass Shootings.”