The poem written below is regarding a story about eight-year-old Elizabeth Crawford who didn’t want to wear light-up shoes to school after the Florida school shooting. Her mother, Cheree Crawford is afraid the flashing lights will give her daughter’s hiding spot away if a shooter ever infiltrates her school.

She watched her sleep; sound in bed,

Her eyes shut tight, her mind at rest.

Her mind was racing, eyes filled with dread.

The bang of a gun rang in her ears,

Her mind playing tricks, filling up with fear.

Earlier that day, she watched her daughter cry,

Telling her about how her friends had died.

One of their light up shoes gave them away,

That sent cold shivers down her spine.

They weren’t any older than 8, what was their crime?

Why did any of them have to lose their lives?

But she isn’t the only one filled with angst. Like her, many parents are concerned about their child’s safety since the Florida shooting that claimed seventeen lives, fourteen students and three faculty members. It’s not just parents; students are concerned about how shooters can walk in with ease and find targets. Some even think it’s disgusting that the government doesn’t do much to protect students from mass shootings at schools. People believe that civilians don’t need automatic rifles. The United States of America should adopt strict gun laws that require training requirements, such as in Japan. 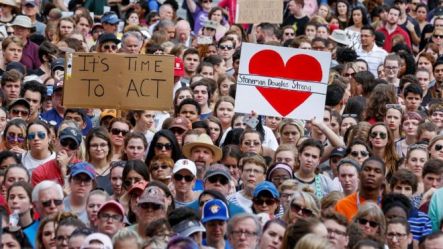 With the number of mass shooting occurrences on the rise, everybody is on edge. Children are scared to go to school. People are urging each other to report anything that seems out of the ordinary.

According to Tim Pino, a retired director of the Somerset County Sheriff’s K-9 unit, many things need to change. He is not in favour of teachers having guns but thinks that allowing the SWAT teams to train on the school campus and handing them a key of every room could help. He would also like to harden access to schools. He says that at most schools currently, the public can just walk up to the door, get buzzed in, and doesn’t get checked at the door by a live person. That’s another thing that needs to be changed. He also thinks that metal detectors should be at every single school on a full-time basis. 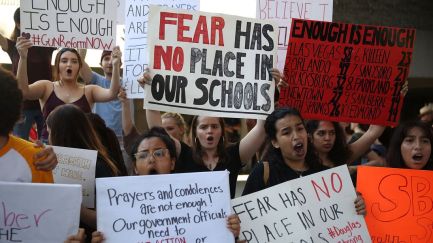 Unlike previous school shootings, where parents, educators and politicians were angry and anxious, high schoolers from across the states have put forward their demands for gun control and new measures to make schools safe. Despite parents’ emails, calls and messages, the school district would not divulge information regarding its active shooter training out of concern that the information will fall into the wrong hands.

Schools in Brevard are trying to increase protection. Many schools began installing safety measures after the 2012 shooting at Sandy Hook Elementary school in Newtown, Connecticut. The deadliest shooting in modern U.S. history, claiming 26 lives. Knowing that the high school in Parkland had many security measures in place, parents and students worry the fences can be accessible. A single point of entry does nothing but make it harder for kids and faculty alike to escape through during an emergency.

How secure are the schools? Are we doing enough to make our children feel safe? They should be worrying about exams and assignments, not how to protect themselves the next time someone with a gun walks in. When an eight-year-old doesn’t feel safe wearing light-up shoes, goes to show how safe the country makes her feel.

High school is already stressful enough, do they need to worry about a shooter as well?  How important is it for a civilian to own a gun without the required training or qualifications? Using a gun for protection is one thing, but relentlessly killing people is a completely different thing. Every person looks at these words differently, but strict gun laws are the only solution to America’s biggest problem; mass shootings.

Click the links below to find out about gun control laws and help support an important cause.

My Eight-Year-Old is part 2 of a 3-part series. Click here to read The Land of Mass Shootings. Stay tuned for the third part; coming out this week.

2 thoughts on “My Eight-Year-Old.”